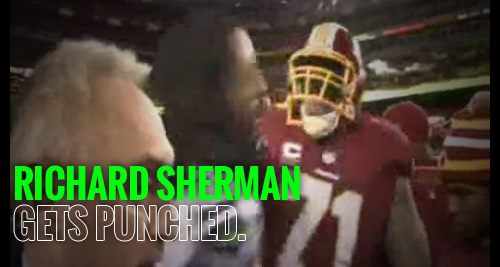 Another shot of the infamous trash talker Richard Sherman getting in the head of his opponents. As you’ll see in the video below, Trent Williams can’t take what Sherman was dishing out so he decided to punch Richard Sherman in the face after the Redskins vs. Seahawks playoff game! What looks like some pleasant exchanges back and forth between Sherman and Redskins’ players turns into one angry Trent Williams confrontation. We’ll try our best to transcribe what happened below.

Watch as Richard Sherman Gets Punched. 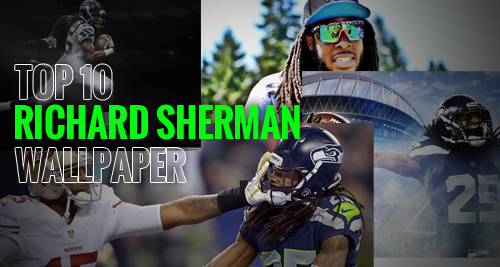 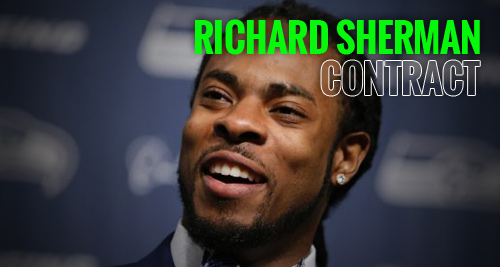 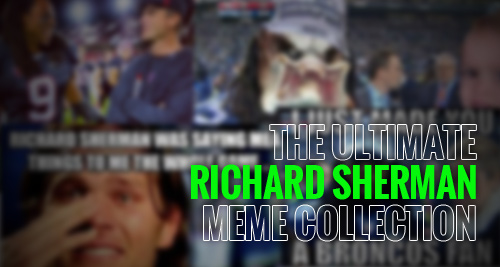 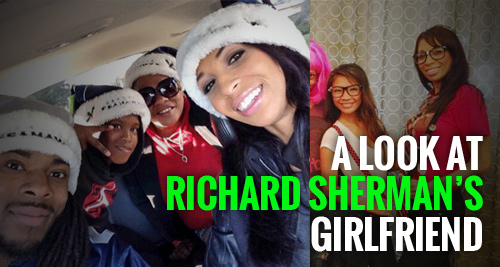