Russell Wilson’s 40 yard dash time was the 2nd fastest in his draft class (for quarterbacks) to none other than Robert Griffin III. Russell Wilson ran his 40 in 4.55 seconds. Although he is a speedster, Russell Wilson claims he’s not a runner, he’s a passer. He only runs when he has to, when the pocket collapses and there’s nowhere to go but down the field with his feet. 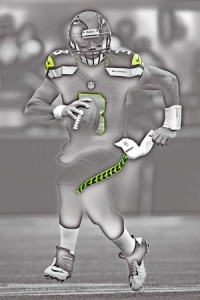 In his NFL career, he’s been one of the best in making big plays happen while scrambling around outside the pocket. His 40 time of  4.55 seconds helps him be successful at this as well as his high football IQ in breaking down the defenses.